PASSION AND QUALITY SINCE 1980

Here is a briefly account of the history of our dojo, since its beginning: an invisible dream, an invisible intention, until the meeting place that is today...

From a family of karatecas, in 1965, the Shihan Eduardo Riveros arrived to Caracas city, at 5 years of age from Chile, and began their practices at the age of 7 years old, with who is today his teacher, the Kyoshi Shoko Sato, pioneer and founder of Karate in Venezuela. By that time, the martial arts are not taught to young children. At the first time, the master Sato, receives three small children: Eduardo (today our teacher), Claudia and Carla Riveros (her sisters). Here starts a career full of experiences and enriching experiences. At the same time, his father, the Sensei Eduardo Riveros Olmos, decides to open a small dojo school in the city of Caracas and since the age of 12 years old, the Shihan Riveros, connecting with their studies, attends regularly, helping both at the work of the dojo as in the classes of your father. The competitive career of the brothers Riveros was filled with numerous prizes.
Graduate of black belt, 1st Dan, by the year 1980, arriving to the Island of Margarita, from the city of Caracas to the age of 19 years, nationalized Venezuelan, commissioned by his teacher, the Kyoshi Shoko Sato, 8th Dan, Director Panamerican School Shito Kai, to disseminate the Shito Ryu Karate in Nueva Esparta state.
At its beginnings, he connects it with their university studies, giving their knowledges in different parts of the island: schools, sports courts and gymnasiums. After that, by the year 1985, once graduated in oceanography and aquaculture, he after directed for a period of time the Department of Shrimp Farming in La Salle Foundation, the passion for the Karate led him to exercise his career as an instructor at 100%.
Since then, his tenacity, positivism, discipline and professionalism it comes be true. Under its tutelage have been assisted thousands of children, young people and adults, many of them are today integral people, outstanding professionals and some of them have become in recognized athletes in Nueva Esparta state and they have reached even to represent our country at the international level. The Sensei Eduardo, as he likes to be called, he does permanent Social work with children and young people with low economic resources, supporting them in their career as karatecas, through its FOUNDATION OF KARATE SHITO KAI. He has graduated more than 180 black belts. Some of the most outstanding students are part of the national teams (High Competition) of our country, a lot of them have been recognized as ATHLETES OF THE YEAR.
On different occasions the Shihan has been appointed COACH OF THE YEAR, your school has been awarded as a SCHOOL OF THE YEAR. In the year 2006, was named Adoptive Son, by the Municipal Council Maneiro, by the educational work and by being an integral person to the service of the youth of Nueva Esparta State.
He got married with the Sensei Alba Anaya, and together her daughter Claudia Riveros Anaya, margariteña, outstanding national and international athlete, all of them currently have the responsibility to develop the Shito Ryu Karate in the region for the purpose of disseminating and teach the benefits of this beautiful discipline that is such as no more than a healthy way of life, the formation of the personality and a discipline trainers of men and women useful to themselves and to the society.
By the year 1994, the family decides to become independent and with much effort, they open a small dojo, in a rent place that it was conditioned for this purpose. The first DOJO EDUARDO RIVEROS, was located in The Calvary Street, at Los Robles. Since then, “The dream come true” a dojo for the great family Shito Ryu a worthy temple for our champions. This dream became a reality, little by little, working as small ants and with the discipline and perseverance such as they have been characterized, the Shihan and family were getting their dreams, with its own headquarters, placed in the San Judas Tadeo, suburb of Los Robles, years after, specifically in 2003, the second DOJO EDUARDO RIVEROS opened their doors...

OUR TEMPLE, WHERE WE SEARCHED AND FOUND THE WAY... 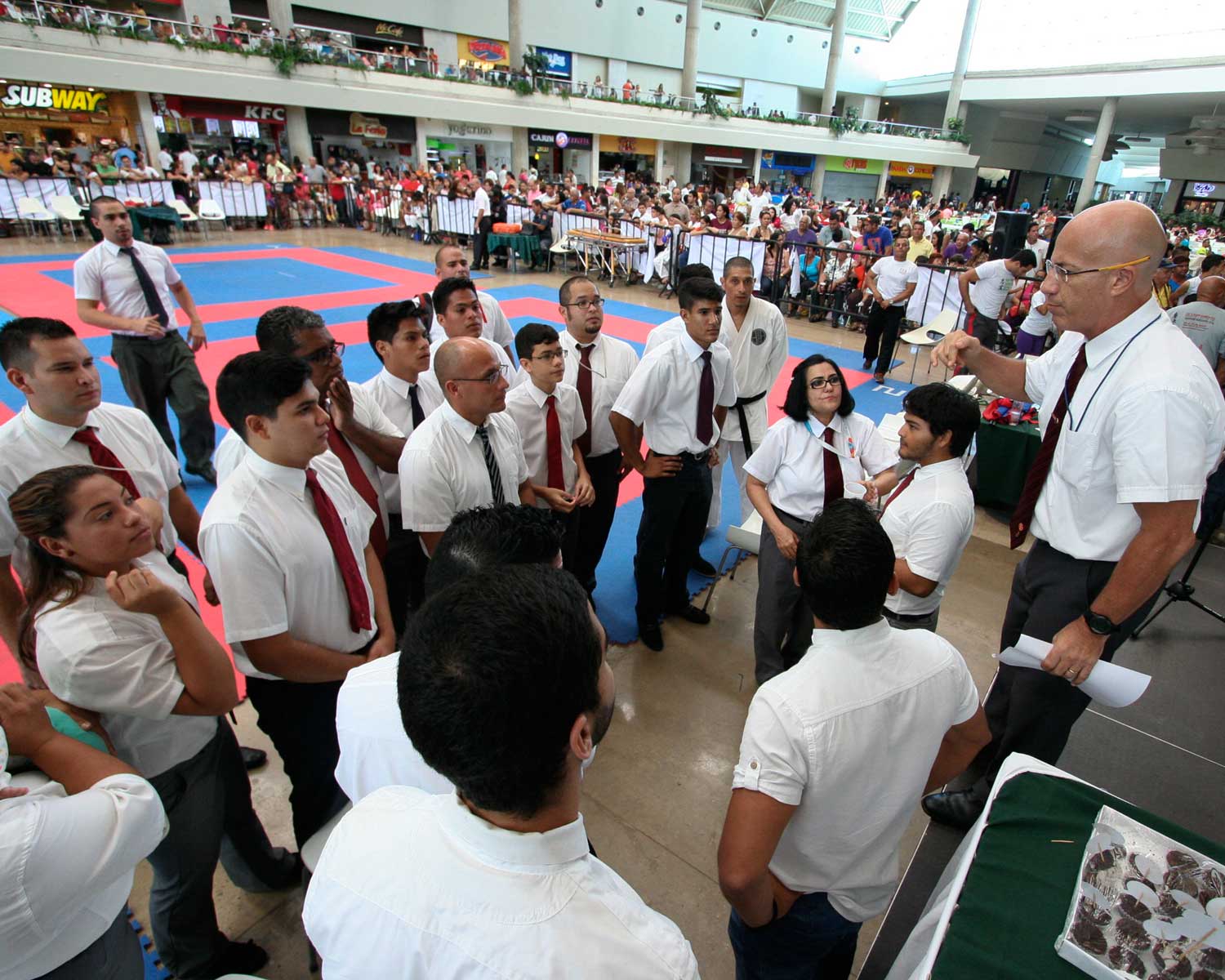 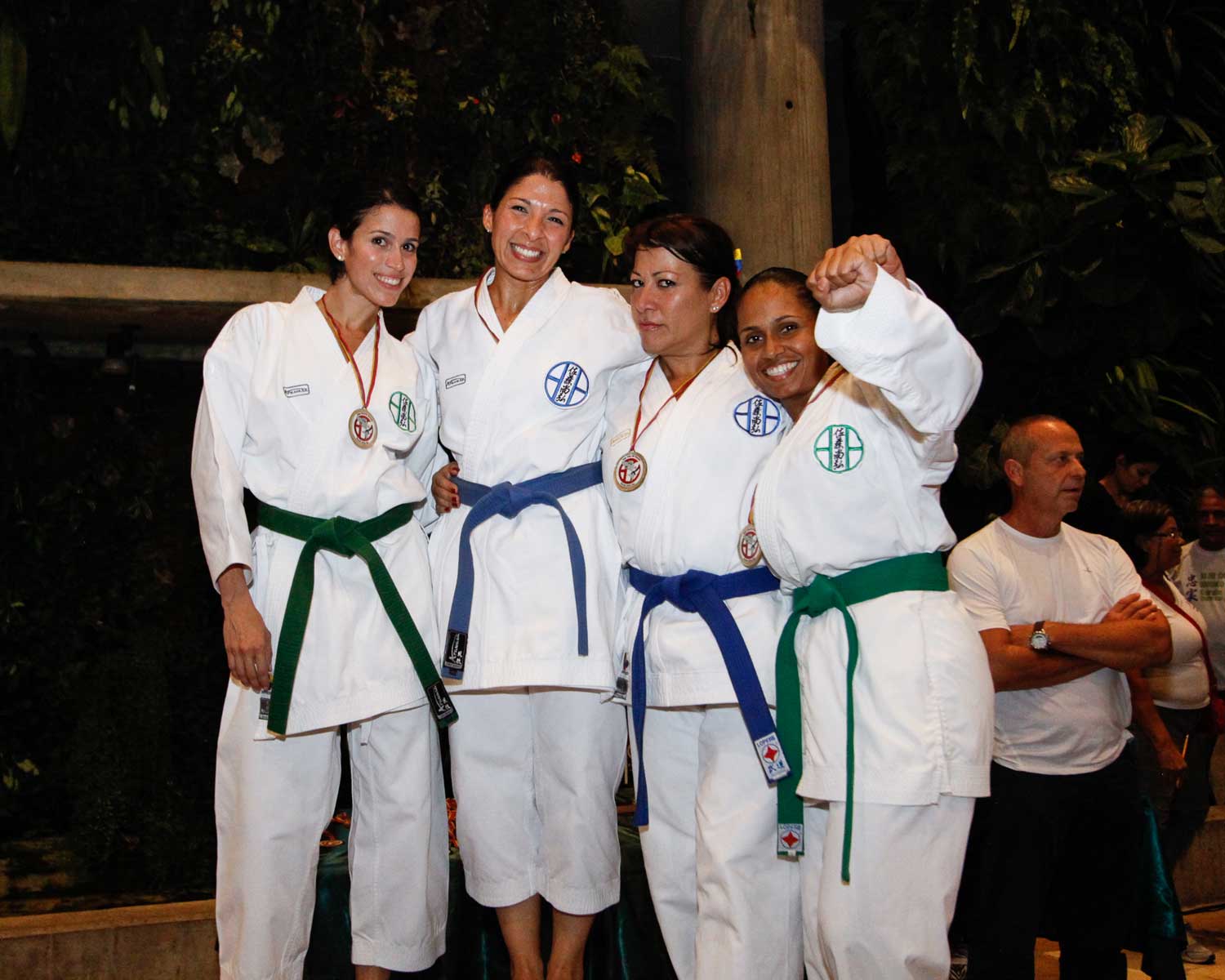 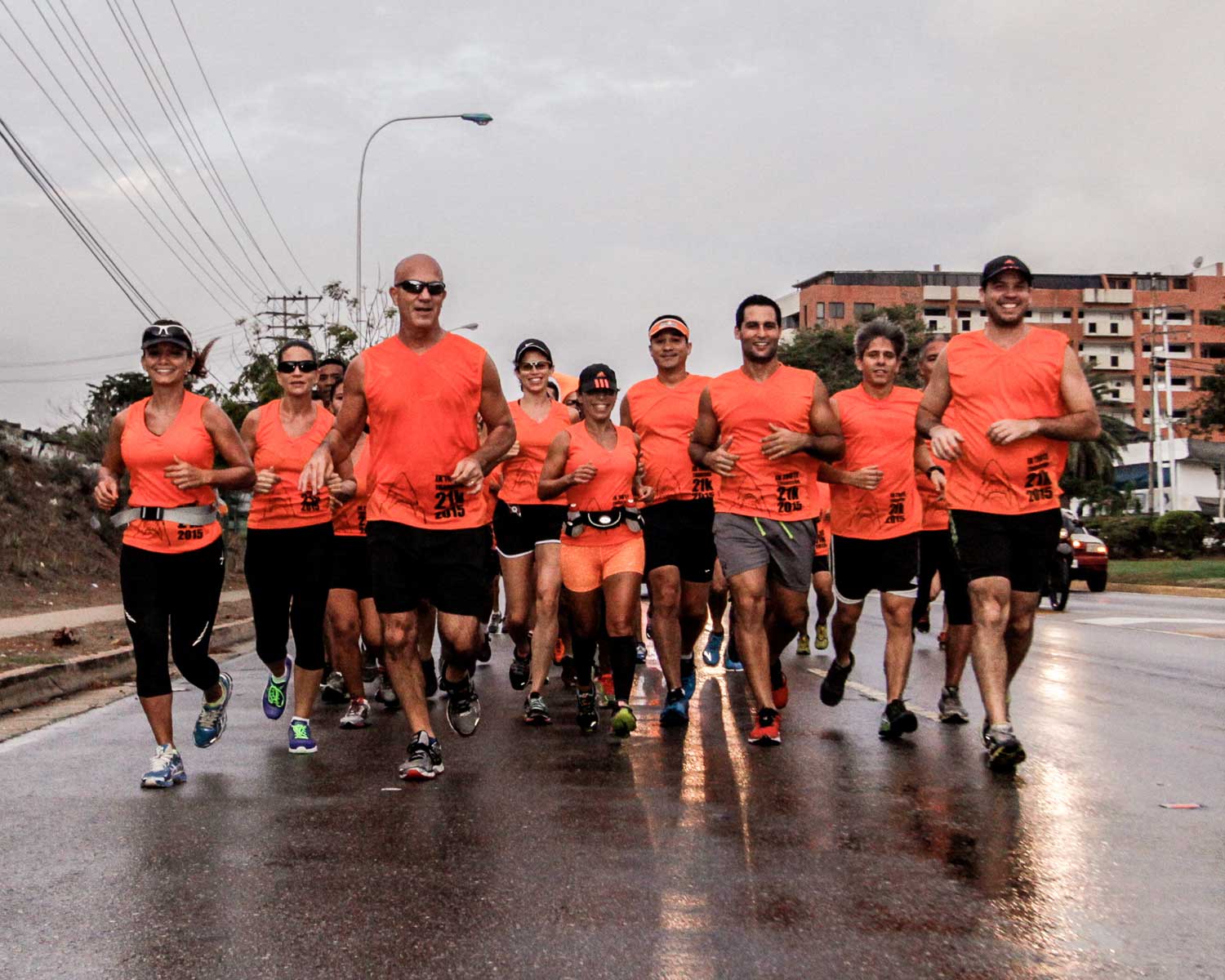 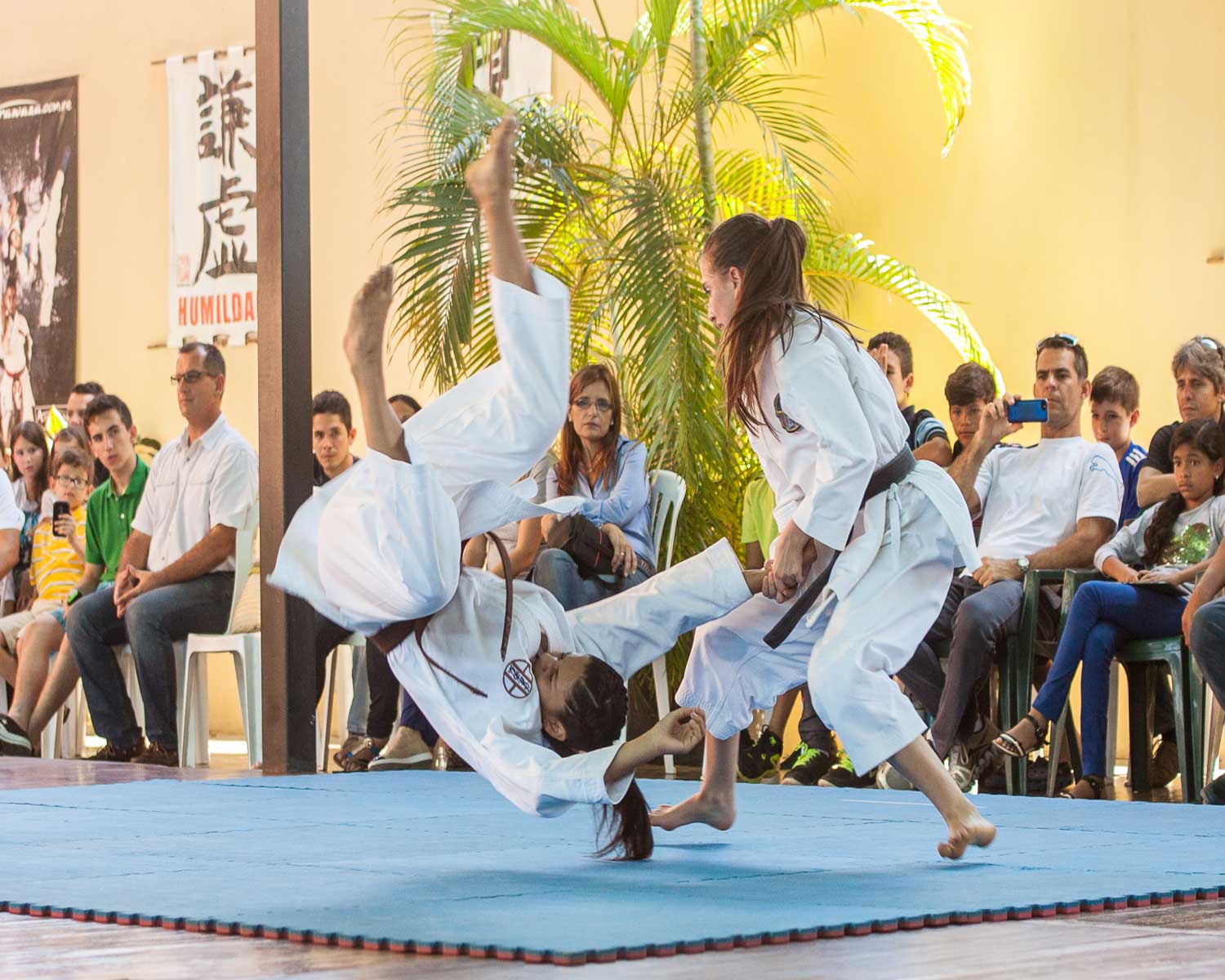 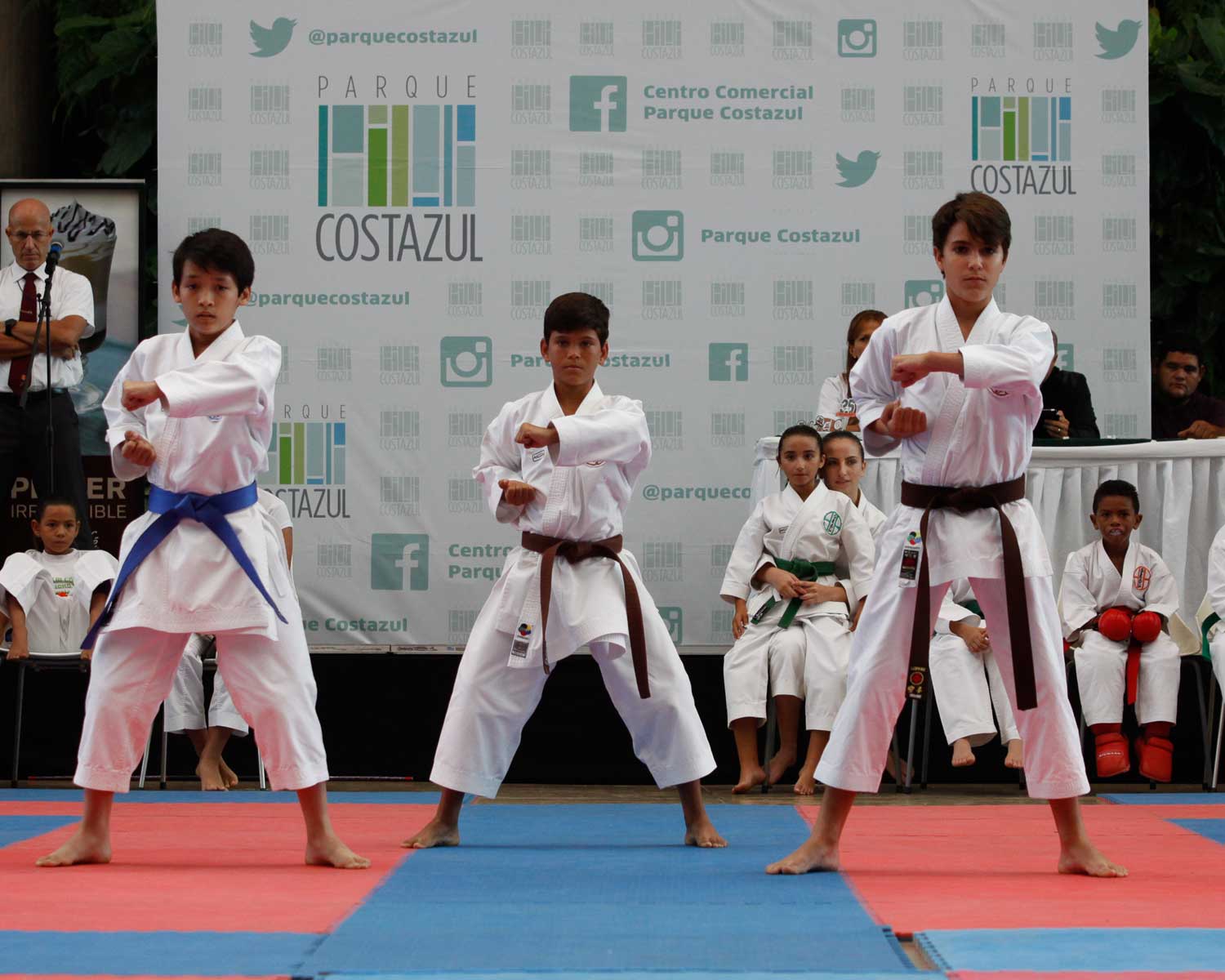 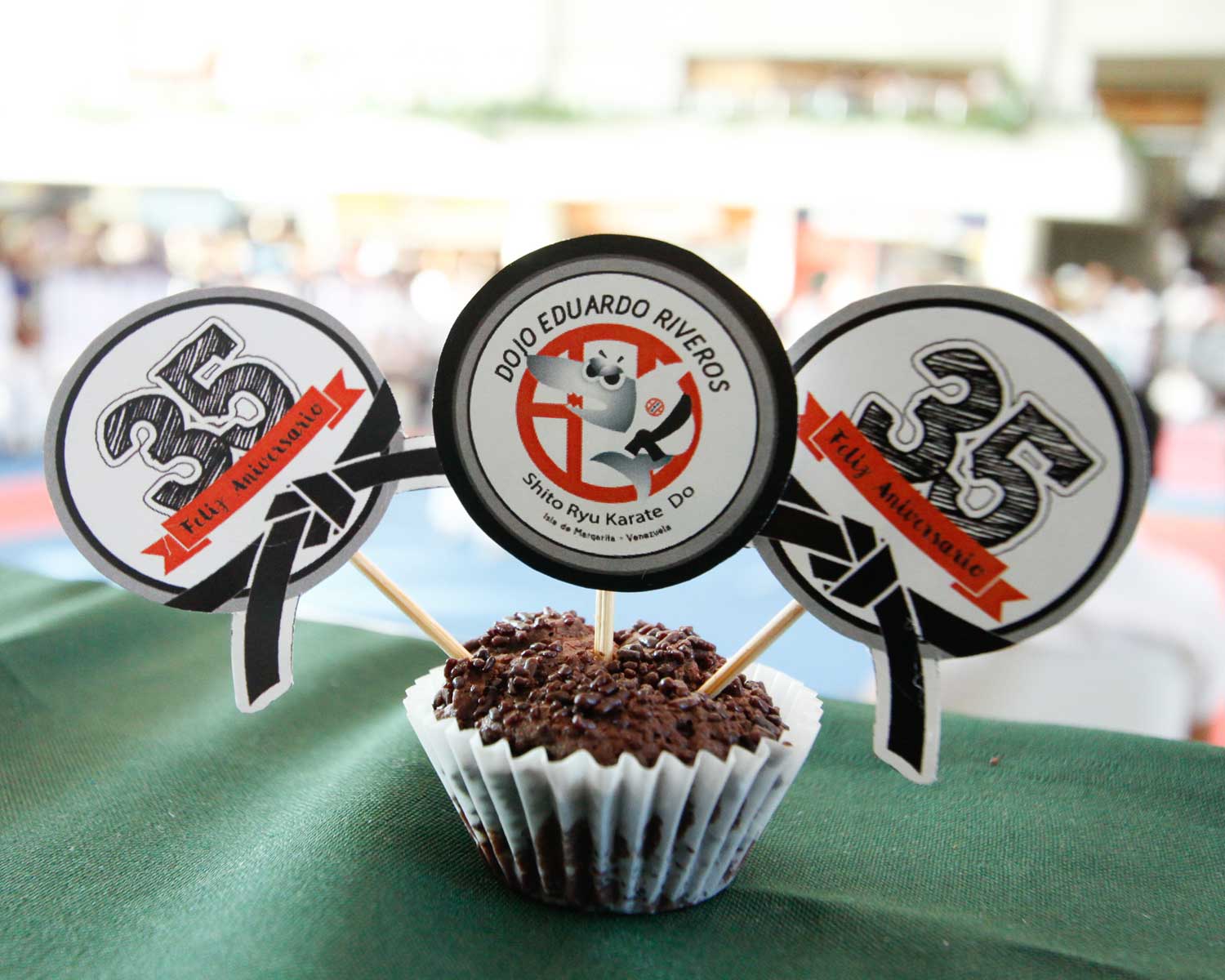 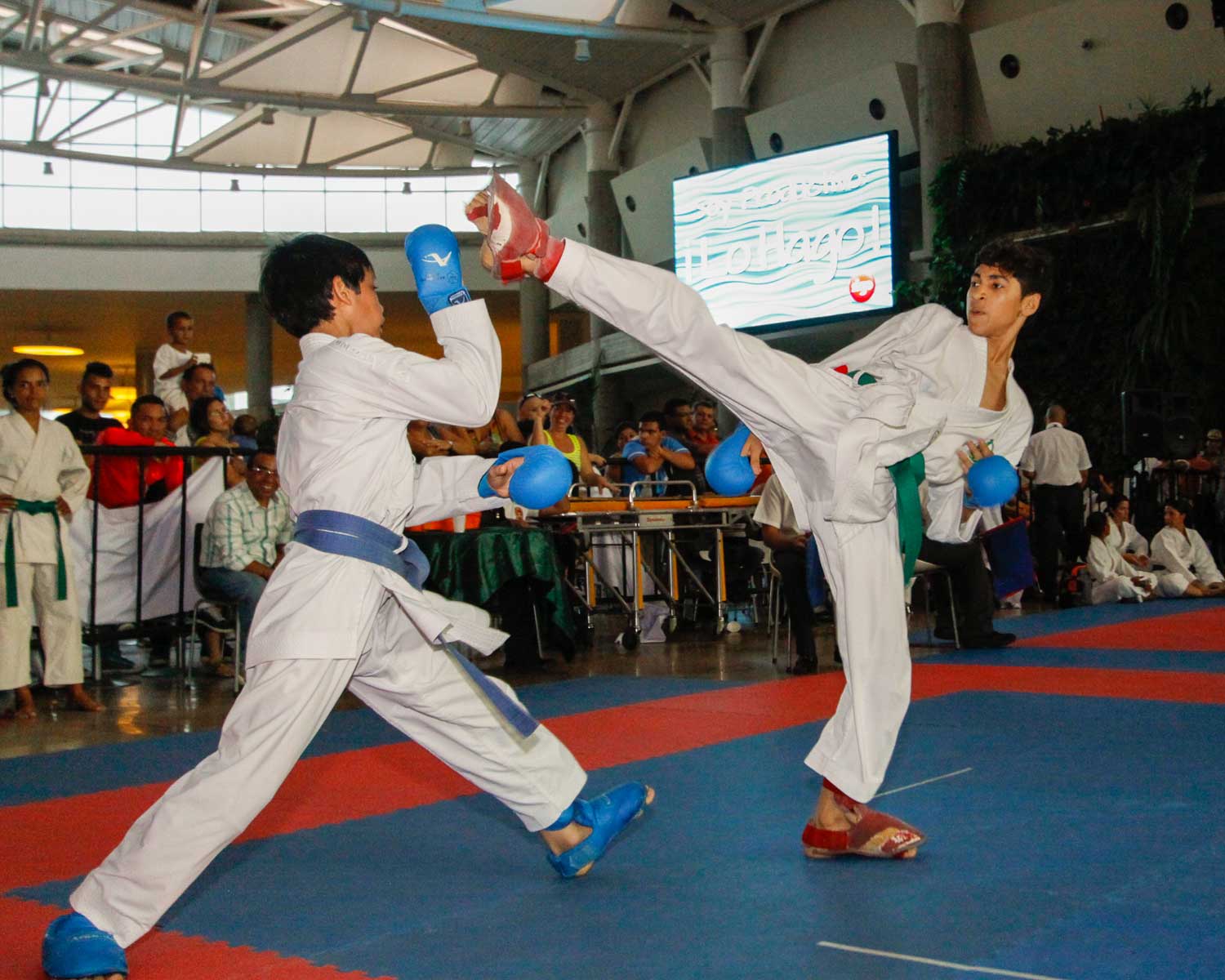 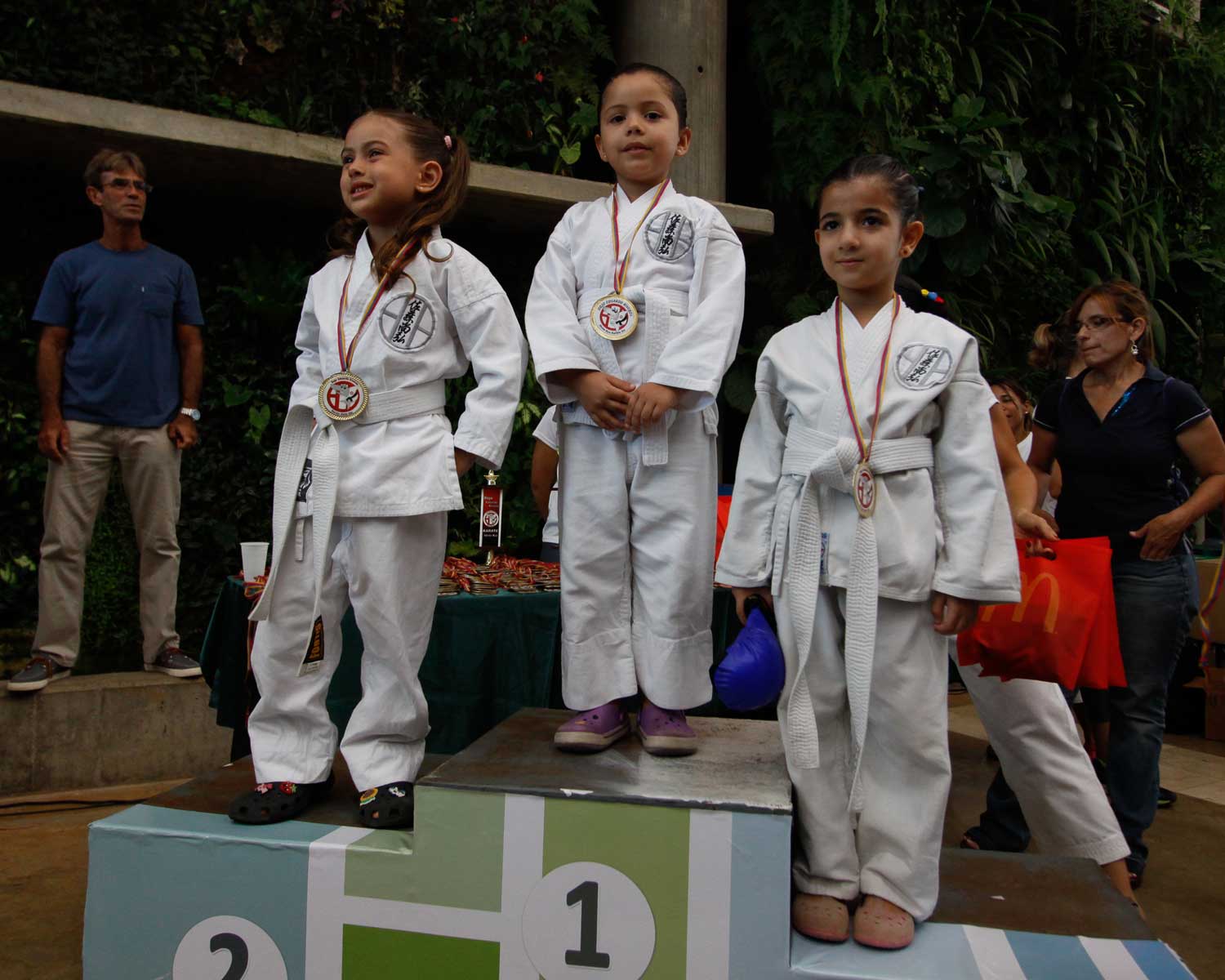